The High Priestess of Chaos Sniffs Around at Order, Decides to Make Friends

This is what my family and friends called me in school age days of yore:

This is what my husband calls me:

This is what an employee called me:

And this is what my 237th therapist said:

and then I thought, No, ADD is what my brother has and as a kid we had to dose him with Ritalin but like SRSLY he totes* needed it but anyway I made straight As until college so there's just no way what are you thinking wearing those glasses? they're awful and that outfit is what am I wearing to class later? will the hot girl be there? I should go like a grunge goth thing headlikeaholeblackasyoursoul what color are souls are they like auras and change this therapist has a BEIGE aura ew Oh I am in therapy and she said something new with letters ADD right I do not have that her wallpaper is so ugly I might quit therapy she's bloody stupid the hotgirl's painting is cooler than mine my painting is ridiculous I will finish the broken babydoll one instead and paint this one BLACK pearl jam is cool I forgot how awesome Ten is because wishtherewassomethingrealwishtherewassomethingtrue I wish this therapist would shut up.

And now I am a supposed adult and Very, Very Wise and realize that she was right about that, although I did quit but not because her wallpaper made my eyes bleed. She later decided the genderS of my crushes were problematic and I kicked her in the teeth- metaphor teeth- and reminded her that Dude, it's the nineties. Bisexuality is not a psychological problem. Why are you the third counselor who says this? In a few years we'll have legal gay marriages and you'll all be much more enlightened. Like me. Who, at nineteen have reached a state of self-awareness and wicked coolitude that Buddhist would Ow! My low-rise jeans just snagged my belly ring. Is my eyeliner smudged enough or do I look like I was trying?

Right then. So, there's a degree of attention deficiency that allows one to embrace/cope with the non-linear mind and be very efficient.

I have no idea how those work.

But, I do know some brain hacks that allow one to improve human interactions a great deal. The fatal flaw therein is remembering to do them. And then the most excellent gray matter in human engineering bequeathed unto us this: 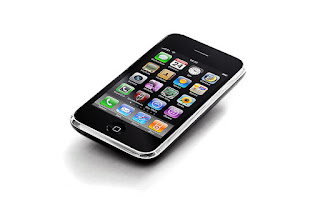 (Above: double edged sword. What with the Twitter.
Image credit: http://inserteyeroll.com/2011/09/iphone-app-robs-people-blind-while-they-sleep/ Click the link. Hilarity rewards you.)


My most often used and recommended "app"? The alarm clock. It saves me from forgetting to pick Molly up from the bus stop, reminds me to do every task I need to do ever because I wonder where Maggie Gyllenhaal shops. Probably very hip boutiques in Brooklyn, right? How far from Brooklyn and Claire is Lexi? Who else is in NJ area? Miss Banshee. I love her. I'd forget them all, and my to-do list almost totally lives in alarm schedules. 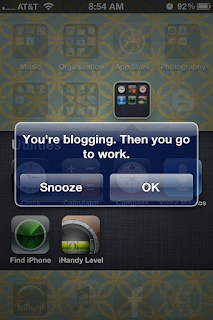 
For a calendar, I use Cozi, integrated with Shane's. The grocery/shopping lists and To-Dos are excellent, too. More helpful even than the tech, however, is the immense power of accepting that this is my beautiful wild brain. Given a choice I would not trade the creative synapse juice for the innate ability to keep my office in better order. However, innate order isn't a requirement, now that I'm setting my alarm to remind me to clean up my work before I leave my shop. The human life is upgrade-able.

I'm still checking out apps and am open to suggestions, but I'm very happy to have The One Tool to Rule Them All and with the Netflix watch him. 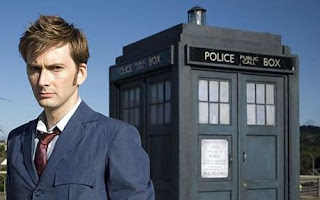 Pictured: either my boyfriend or some other chick's husband, depending on my relationship to reality at any given time. Also, the TARDIS: Televised Amorous Reality-Defying Infatuation. In SPACE.

God, his hair is AWESOME. Where was I? OH YES. The ADD: I have totally conquered it. Please carry on while I check my email update my status on thirteen networks read Cracked for three hours watch 3.2 episodes of Buffy then three or four Dr. Whos & Fireflys then a food documentary then researching vegan pies for 45 minutes or so then OH HELLO ALARM I have to shower then work.

Email ThisBlogThis!Share to TwitterShare to FacebookShare to Pinterest
Tagged life of daisy, psyche