On the #365Poems and More Questionable Habits

Shit. I skipped yesterday's poems AND drawings, because I forgot them completely. I had two missions yesterday, which is one more mission than I can perform, actually. My first mission was to aid Shane and Bird in folding, sorting, and tidying the massive mounds of laundry in our house. We then tackled the toy chaos and arranged her room with a gorgeous little vanity table my dad gave her for Christmas.

My other mission was to remain conscious and human while my body hated me so hard from the inside that I think it tried to escape, which would explain my entire GI system attempting to leave my body. My guts were justified in their attack because the previous night I'd flooded them with enough whiskey to fell a large elephant.

I want to be clear- 95% of the time if I drink, I have one or two. I like yummy things and beer, wine, and whiskey are lovely. Rum, you'll know if you've followed me for long, was my liquor of choice until recently I rediscovered my old favorite in whiskey. I now pour it over ice and add a splash of water, and that is My Drink. Look: So elegant. 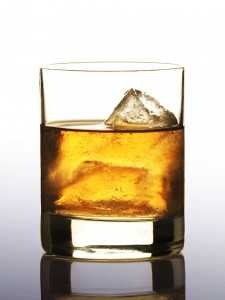 Friday night, however, I had an intense talk regarding the recent vagueblogging and liquid courage is a cliché for a reason and I swigged from the bottle and then it was empty and patches of time after that blurred and then I survived yesterday and now I'm back in life and run-on sentencing like it's my job only obviously it's not my job, but in my head it's my trademark.

It's like a verbal version of those single camera no-cut film scenes that rock so hard like the opening of Serenity and other movies Joss Whedon referenced in the commentary of Serenity that I haven't seen because I am a sci-fi nerd and not a film geek.

On top of toxic levels of the cheap and less delicious Jack Daniels green label, I'm taking the third round of post-op antibiotics which is wrecking my belly parts and I also quit taking my pain pills because I don't need them. That completely delights me in that


So, I'm doubling up on poem composing and doodle making today. I forgot, I believe, to link the poems here. I'll do a weekly post to archive them here, but I'm posting daily (excepting idiotic hangovers) at my Facebook page. It's public and you can visit it without an account. The poems are in the notes tab.

Happy Sunday and I wish you good, good mojo and better decision making skills than I have had of late.
by Unknown